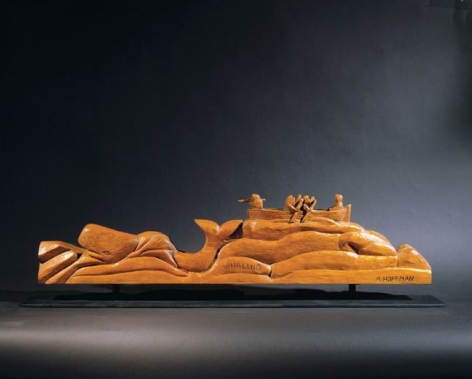 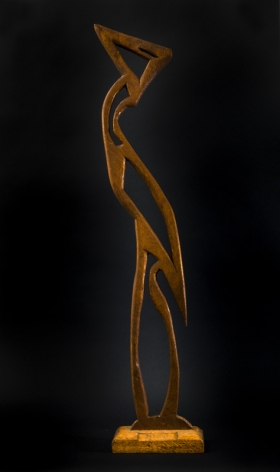 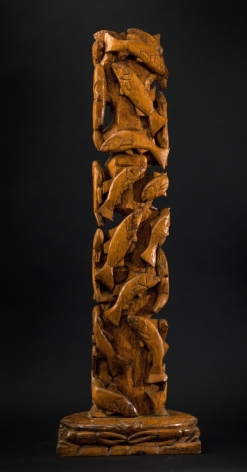 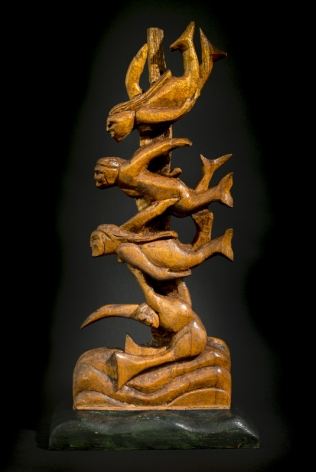 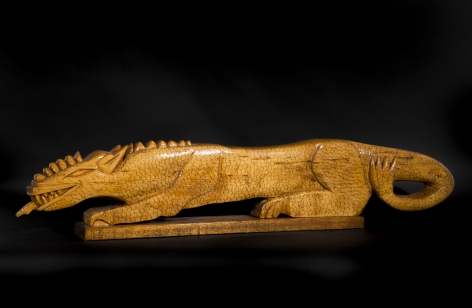 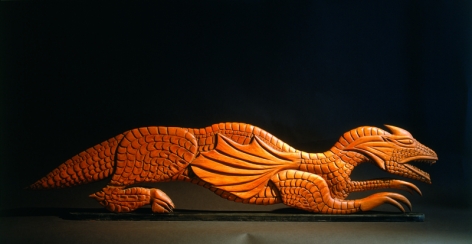 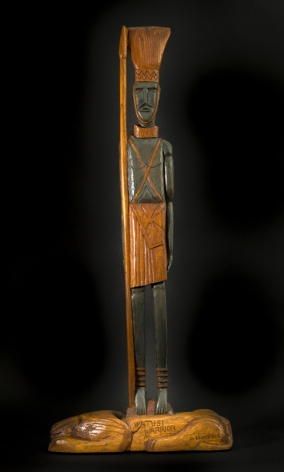 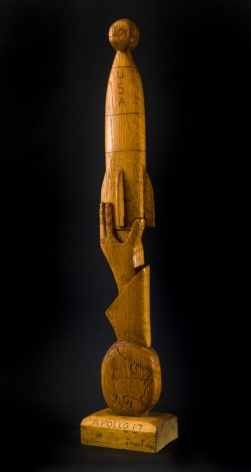 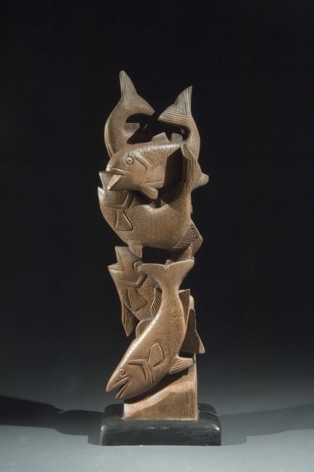 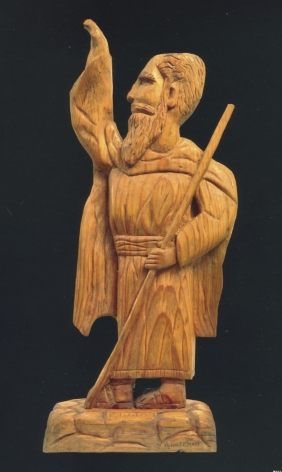 Born in Philadelphia in 1915, Hoffman was forced to leave school after the eighth grade due to the onset of the Great Depression. As a child, he collected junk metal and painted simple scenes on neighbors' doors. After World War II, where he saw combat serving in the Navy, Hoffman returned to New Jersey to marry, settling down in the coastal town of Absecon, close to Atlantic City, where he established a thriving junkyard.

Hoffman was a prolific carver whose work spans several genres. An important context for his practice is the rich vernacular tradition of Jewish Folk carving brought to America by generations of immigrants, which has yielded countless Torah arks, synagogue furniture, and Biblical narratives, as well as secular genres such as carousel horses that have become an integral part of American cultural history. Hoffman was not devoutly religious, but his Jewish identity was of great significance to him, especially when considering works such as The Ark, Tabernacle, and many of his smaller reliefs.

Hoffman's quintessentially outsider transformation of the familiar to the archetypal can best be seen in works that explore his relationship to the sea, drawn from memories of Naval service, his shore life, and his rich imagination. It isn't hard to find rustic carvings along eastern boardwalks, but his monumental Toothed Whale, and uncanny Neptune, King of the Sea, mark this artist's departure from the commonplace. It is where Hoffman joins his global outsider counterparts in a transcendent realm of vision and youth.