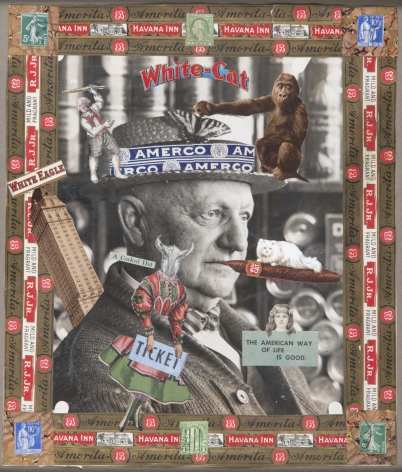 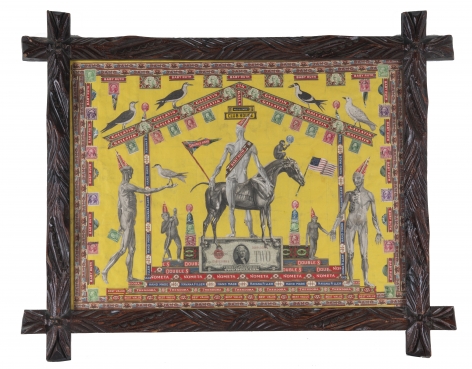 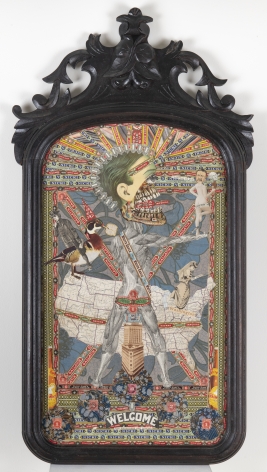 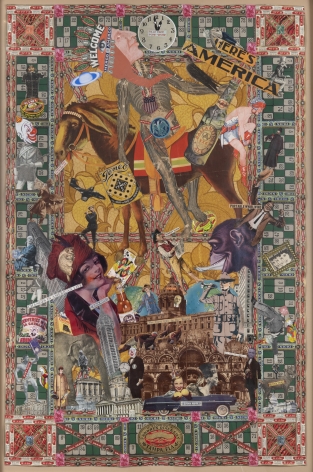 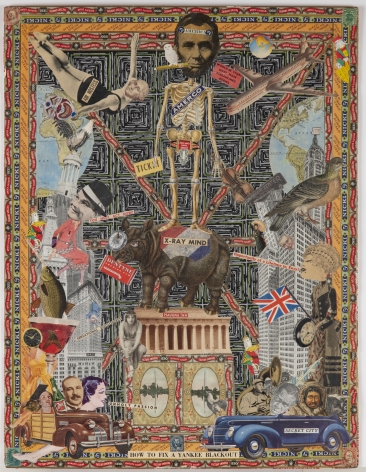 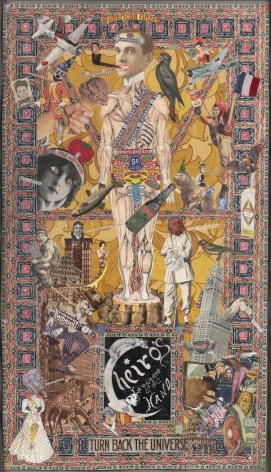 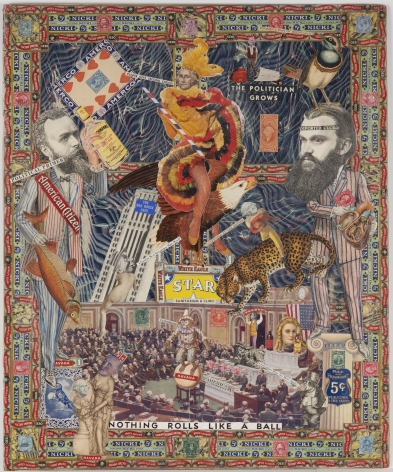 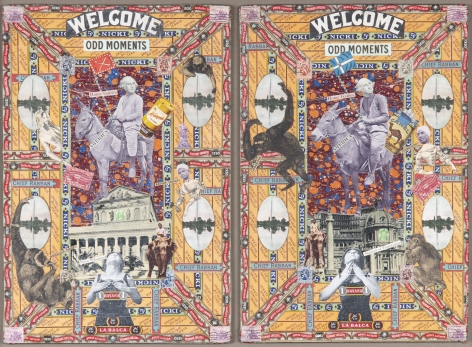 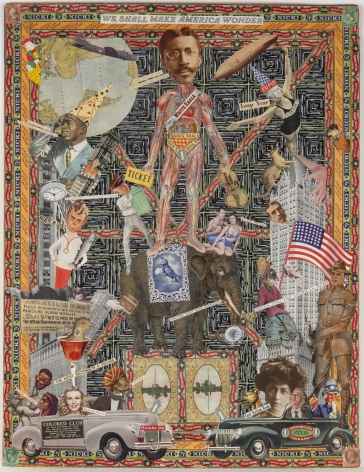 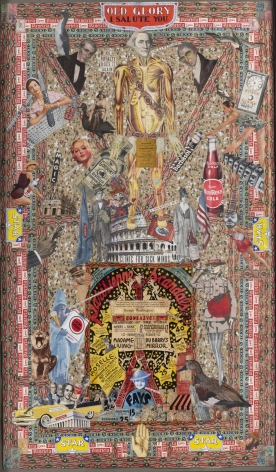 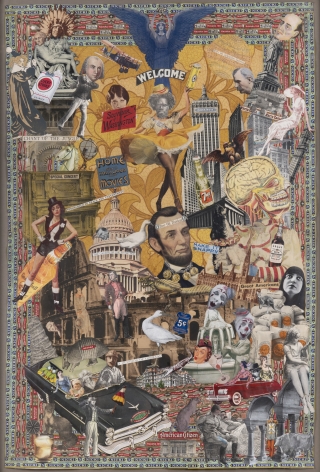 Born outside Havana in 1891, this recently rediscovered Cuban-American artist emigrated to Miami around 1920, eventually settling in New York and finally Philadelphia, where he died sometime in the 1950’s or 1960’s. A self-appointed “artist, healer, and man” (described by Roberta Smith as a “self-starting modernist... on a par with... greats like Henry Darger, Martin Ramirez, and James Castle”), Consalvos worked for much of his life as a cigar roller, and he extrapolated the vernacular tradition of cigar band collage to a highly sophisticated, inimitable practice. His obsessive body of work—approximately 750 surviving collages on paper, found photographs, musical instruments, furniture, and other unexpected surfaces, all discovered in 1980 at a West Philadelphia garage sale—merges the biting socio-political satire and absurdist impulse of Dadaists like Kurt Schwitters and Max Ernst with the abstruse mysticism of Joseph Cornell and Jess. Consalvos likewise parallels and prefigures certain contemporaneous developments in Surrealist, Futurist, and Pop collage, design, and even poetry. By highlighting his multifaceted approach to collage as sculpture, literature, revolution, and worship, we intend to rethread a stray strand, to tie a keen eye to its more famous confederates and include a forgotten voice within the context of the development of 20th-century American art.