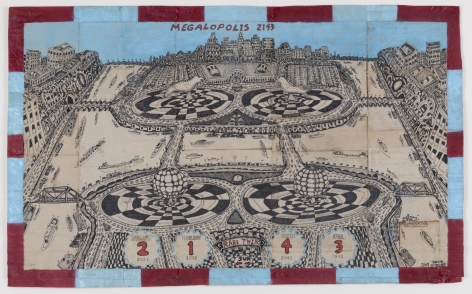 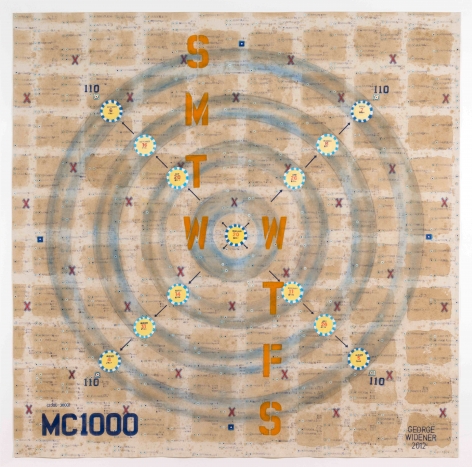 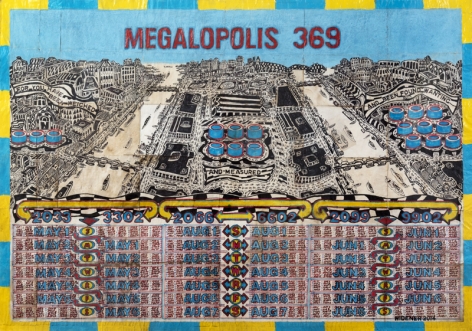 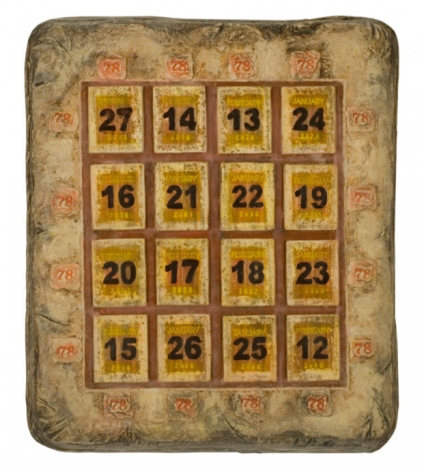 George Widener’s artwork is as intellectually challenging as it is aesthetically compelling. A high-functioning savant who has channeled his extraordinary gifts of numerical computation into artmaking, Widener struggled for years before his talent was recognized. Born in Kentucky in 1962, Widener’s was not diagnosed with Asperger Syndrome until he was an adult, making an already difficult childhood even more so. Following a stint of service in the US Air Force, Widener was diagnosed with depression, and committed to several psychiatric hospitals. He eventually attended the University of Tennessee. He currently lives and works in Waynesville, NC, near Asheville.

Widener’s brain has been proven to function as a super-calculator, a gift that allows him to process mathematical information in a radically different way than most people do. By directing his impulse to calculate complex sequences of numbers through stunning, often large-scale drawings, Widener makes visible not only his savant skillset, but also his unique creative talent for reimagining it aesthetically. Far from mere illustrations of mathematical process, his drawings stage through form and content simultaneously, often playing out elaborate numerical puzzles and games, complex puns, palindromes, and informed prophecies. The artist’s love for punning is evidenced by drawings of magic squares: squares that contain 9 rows of numbers, in each row of numbers adds up to the same value.

Manipulating time as an artistic medium, Widener’s favored vehicle for processing mathematical, historical, and personal information is the calendar. He uses calendars to consider both linear and random historical patterns, giving as much weight to logic as to chance and synchronicity. Often staining patched-together napkins or scrolls with tea to affect the look of parchment, Widener creates preciously fragile compositions that seem torn from the pages of medieval manuscripts, each page layered with accident, palimpsests, and esoteric knowledge. His concern with the future has grown into creating elaborate games for the amusement of machines, whom he believes will gain the ability to think independently by 2050. Despite his relative youth, Widener has earned international recognition as one of the most significant Outsider Artists the world has seen.