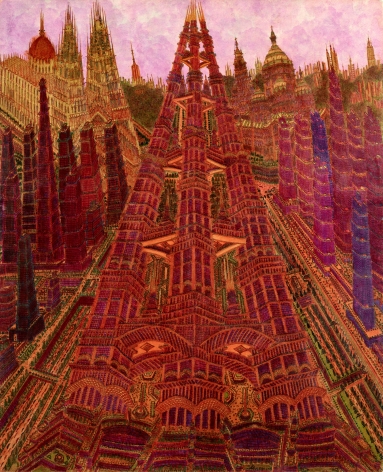 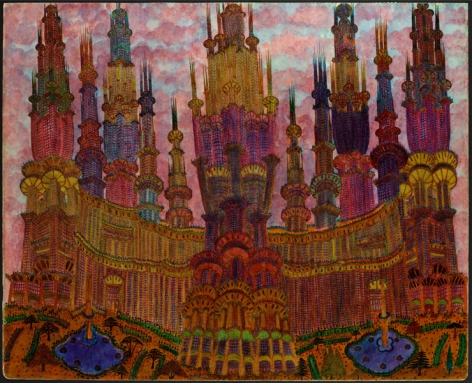 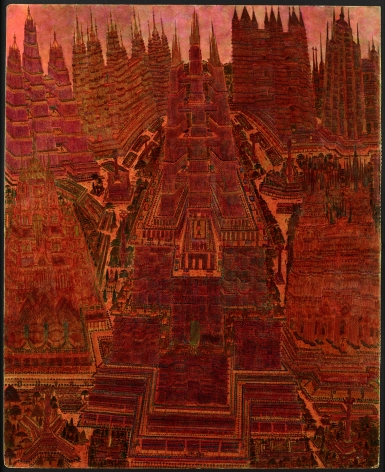 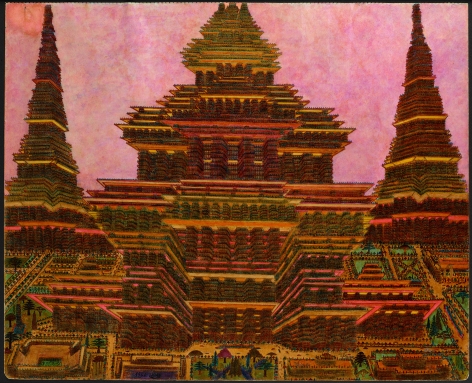 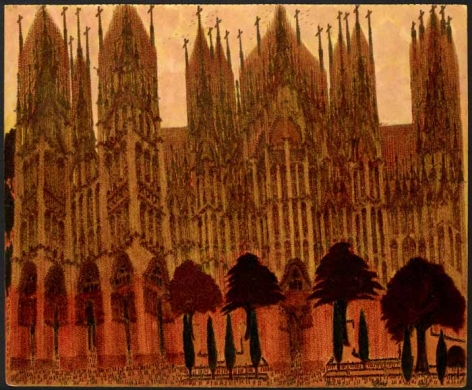 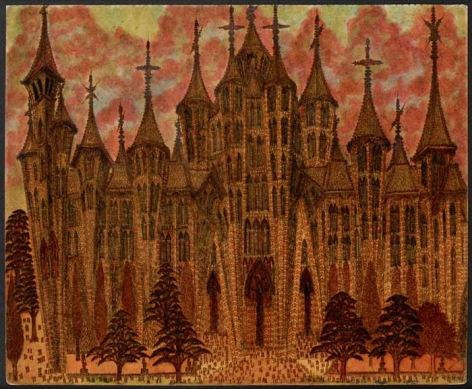 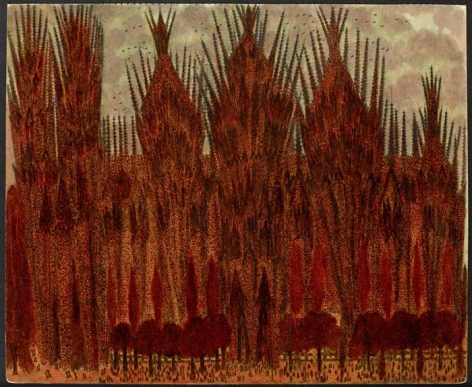 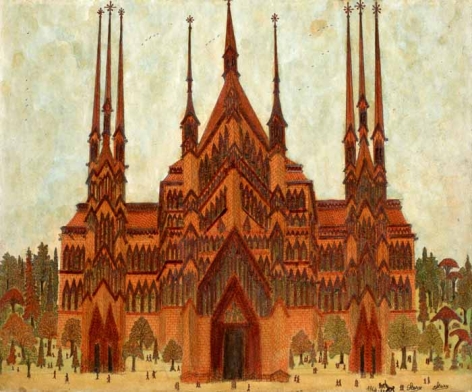 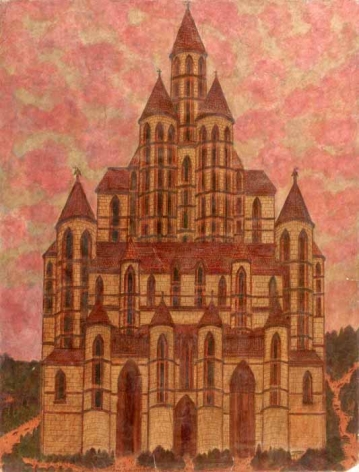 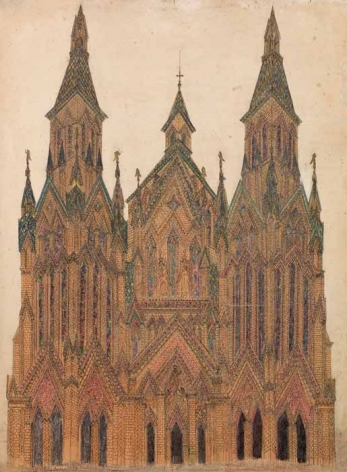 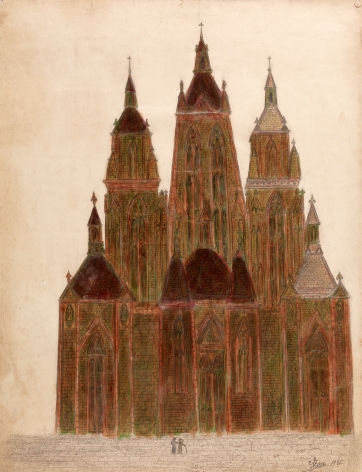 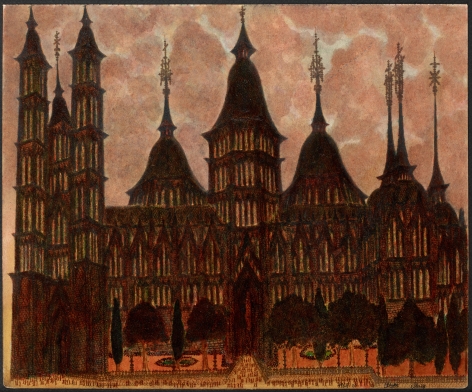 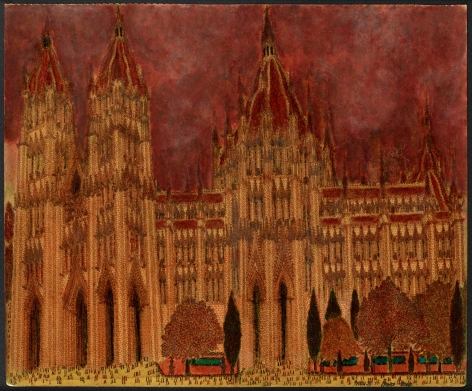 Born in Paris, Storr was abandoned at the age of two and endured a difficult childhood. He was sent to work on farms and eventually packed off to Alsace to be cared for by nuns. By 1932, he had begun creating his first drawings of churches, but his art-making was a deeply personal, secretive activity. In time, Storr became increasingly deaf. He also suffered from psychiatric ailments about which not much is known today. He supported himself by doing odd jobs and in the mid-1940s worked at the Les Halles food market in Paris. Almost two decades later, he married and became a street sweeper in the Bois de Boulogne, the large public park in the western part of the French capital.

Meanwhile, Storr’s artwork was developing through several distinctly visible phases. Until the early 1960s, the pictures he had made of churches were marked by attention to details and an effort to portray his subject matter with a certain realism. During the late 1960s, his drawings grew larger; in them, Storr began depicting fantasy structures of imposing scale and character, including palatial cathedrals whose forms brought to mind such icons of religious architecture as the Basilique du Sacré Coeur in Paris or the Hagia Sophia in Istanbul. Storr first worked in pencil, and then filled in his drawings with ink.

Storr produced his last related group of pictures during the final decade of his life. Now known as “The Megalopolises,” these works depict delirious agglomerations of towering, ziggurat-like structures connected by buttress-bridges, as well as otherworldly urban vistas, often set against dramatically colored skies. Storr believed that Paris would one day be destroyed in a nuclear attack and that the President of the United States would need his drawings to rebuild the capital. Rich affinities between Storr’s creations and other art or architectural forms abound, including their unwitting allusions to the temples of Angkor Wat, Cambodia, images of future cities in sci-fi films and cartoons, and the elaborate, richly textured “Ideal Palace,” a large, outdoor sculpture the postman Ferdinand Cheval (1836-1924) constructed of found stones in southeastern France.

In 1971, the Parisian couple, Bertrand and Liliane Kempf, discovered Storr’s work, which the artist’s wife had shown them. In his lifetime, Storr produced a total of 63 known pictures, all of which the Kempfs acquired after his death. Some of the works were publicly displayed for the first time ever in 2001 in an exhibition at Halle Saint-Pierre in Paris. Later, the French art historian Laurent Danchin organized a solo exhibition which opened at the Pavillon Carré de Baudouin in Paris in 2011. In the summer of 2013, a major selection of Storr’s drawings was featured in the “The Alternative Guide to the Universe,” which was presented at the Hayward Gallery in London.