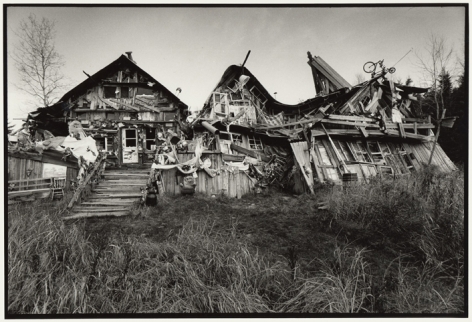 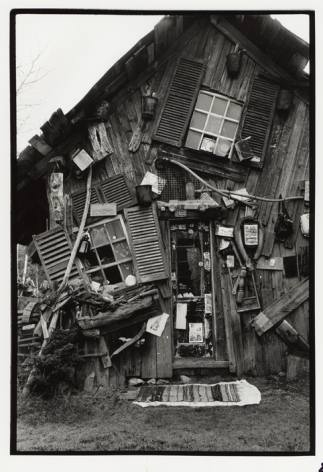 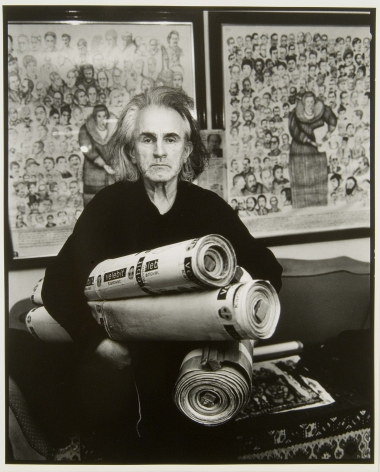 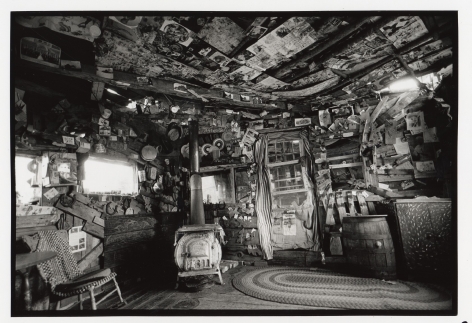 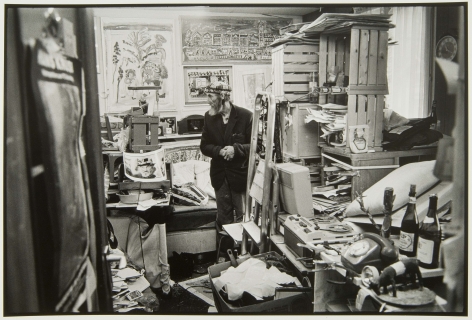 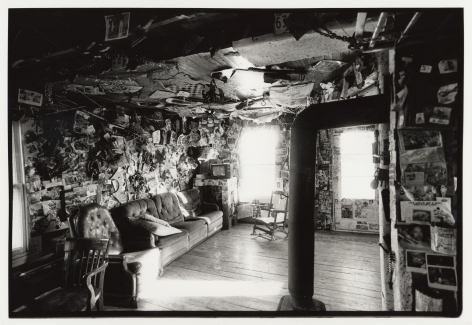 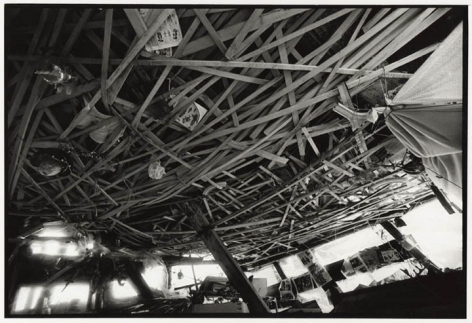 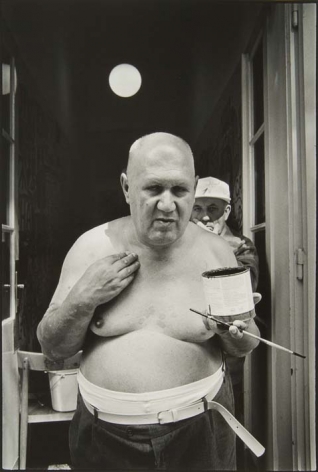 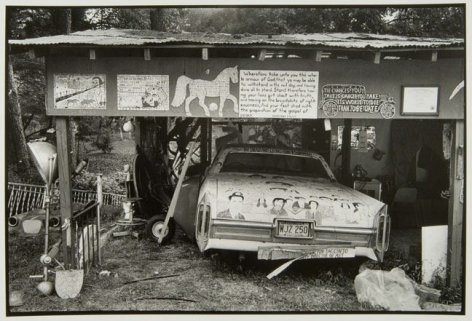 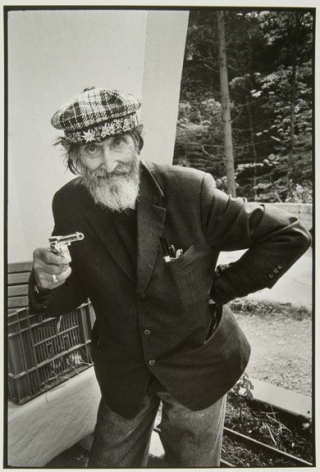 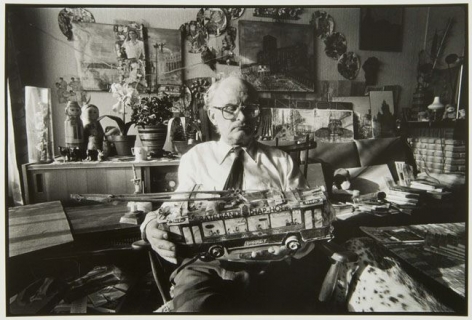 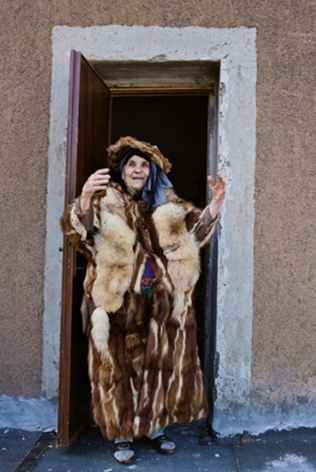 Mario del Curto (b. 1955, Switzerland) has been taking photographs of the work of art brut makers for more than twenty years. In his travels, he has entered the intimate worlds of the important figures of art brut in Europe and the United States, and he has produced extraordinary visual accounts of these encounters. A large number of his photographs were collected for the exhibition Les Clandestins, sous le vent de l'Art Brut, produced by the Musée de l’Élysée (Lausanne), and presented in many institutions throughout the world, most notably the Fondation Les Impatients, during the Mois de la Photo à Montréal, in September 2001. Since 1980, he has been taking photographs of performing arts, focusing particularly on theatre and dance. He is the official photographer for Théâtre de Vidy (Lausanne). He also has a vivid interest in contemporary social phenomena. Del Curto’s photographs of the Greaves site evoke the strange, unsettling sensations experienced when in first-hand contact with these prodigious constructions.