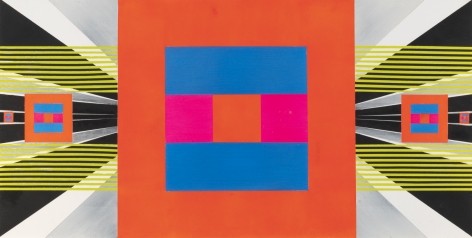 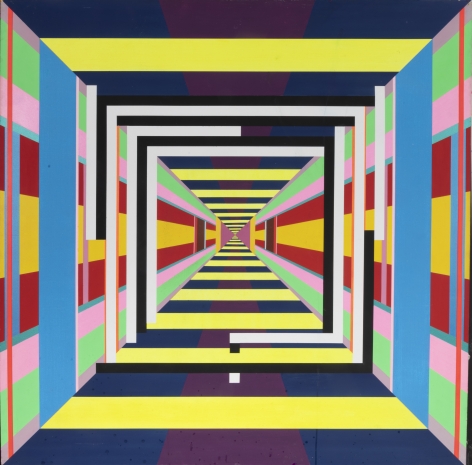 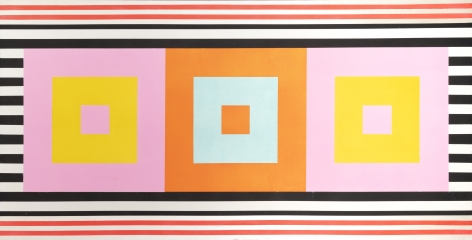 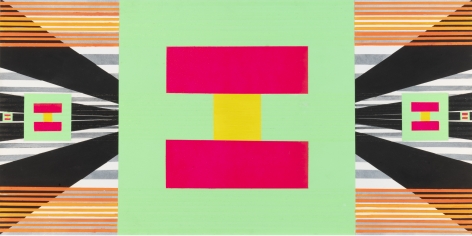 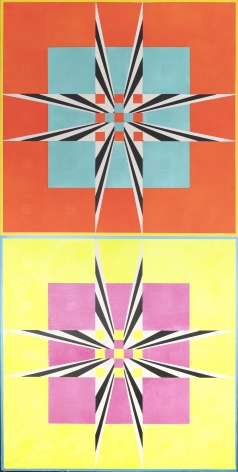 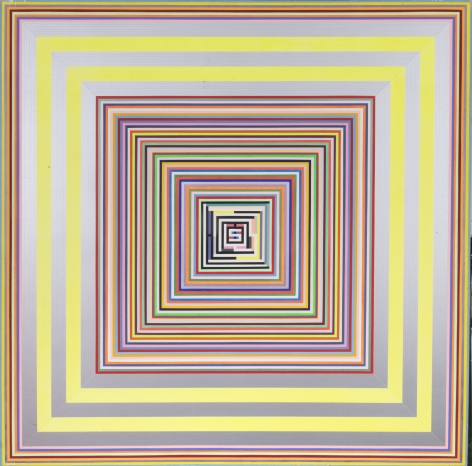 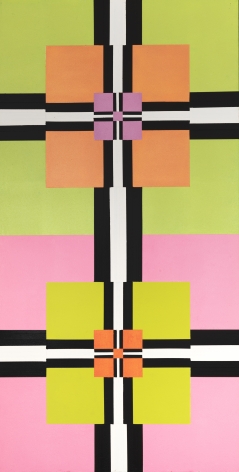 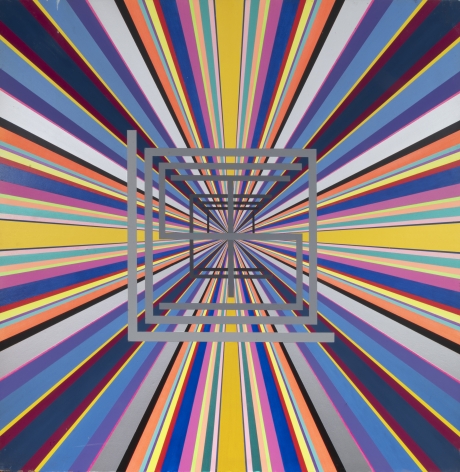 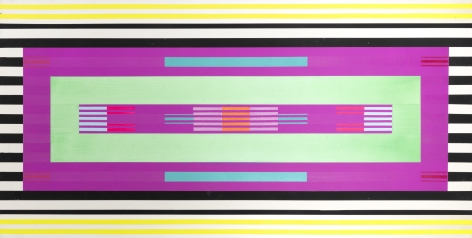 Andrew Edlin Gallery is pleased to present the first ever solo exhibition of paintings by Tom Bronk, running from September 12 – October 20, 2018.

When we look at the paintings of Tom Bronk (b. 1944, Stevens Point, Wisconsin) we see a compelling meld of a most solitary mode of innovation and a profoundly different understanding of art that is by no means unaware. While he is fully autodidactic in his understanding of fine art, it is crucial to understand that since moving to New York City in the early Seventies, his art developed in proximity to the art world where he was exposed to many important artists and trends, including his years painting the walls for the legendary Leo Castelli Gallery. Among his friends from that time and still an advocate for his work, Lynda Benglis explains “Tom may be naïve about himself and how to communicate, or certainly he would have shown and been recognized sooner, but his art is anything but naïve. He is one of the more sophisticated artists out there in his visual judgments.”

For all the constraint in these paintings, they are ebullient, dynamic and irrepressible. Reductive in terms it all adds up, constituting a kind of deep math. Exacting in his linearity, presenting his colors typically measured out at a scale of one to five ratio, Bronk’s geometry implies a spatial perspective that rubs against the emphatic flatness of the pictures. “I’ve tried to obey the tenets of modernist painting by avoiding the illusion of depth,” he explains, “but then it occurred to me how strong it could be with a depth illusion.” Bronk meticulously lays out tape on panel to create the geometric patterns of his acrylic paintings. Almost architectural in their construction, his method is simply “the most effective way of presenting the colors.” Intricately and intimately involved with codes and puzzles, cracking the riddle of this enigmatic art is discerned through reading the colors rather than merely appreciating the forms.

Without studying color theory, Tom Bronk has invested over half a century investigating the optical properties of color, not following any rules so much as deranging them for maximum impact. Thankfully, his vigorous compositions do much to move the eye around or the vividness of his colors might just sear the retina. Working the spectrum between complementary and contrasting, conjoining opposites such that his hard edge abstraction gently shivers as the lines optically blur and soften to novel effect, Bronk offers his paintings as uncanny vistas, executed on quarter inch thick boards without a frame so that they present very much like windows. This sense of looking in and past the picture plane while it is simultaneously pushing up against the gaze is part of a greater frisson within the depth field. Tom Bronk’s art speaks for itself and no matter how complicated and sophisticated it is, his paintings are most remarkable for their clarity and directness. Few artists are as focused or articulate in what they do. It is no easy matter to explain why an artist who has had (albeit through menial work) remarkable access to some of the most important creative voices of his generation would spend his life working in isolation very much outside those networks of interconnectivity, but this distance is intrinsic to his art and personality. He speaks freely of his life, from his rural upbringing in Wisconsin, to his days working in Milwaukee, his experiences living in San Francisco during the Summer of Love, to his 40 year tenure on the Lower East Side at its crime-infested economic nadir, and in all this there seems a consistent disconnect founded in class difference. Speaking of the psychedelic aspects of his art, Bronk admits that the Sixties and the use of hallucinogens inspired his vision but adds that he couldn’t connect with the hippies because unlike them he was far removed from the comforts of the middle class.

This divide, economic as well as educational, suffuses his pictorial language as well, the way he adopts aspects of Op Art without its populist impulse of play or how his art remarks upon the seductive surfaces of Southern California Fetish Finish painters without ever luxuriating in their ease, allowing him to locate external inspiration in more personal and idiosyncratic terms. When asked about this aspect of hermetic dissociation from the mainstream, Benglis suggested his art is connected to his early youth, a kid from a large and poor family who grew up in the back of his father’s bar, finding his way in a dark place through a fantasy world where he was drawn to the neon beer logos, developing a fascination with colors that were “not part of the art school spectrum but of the popular spectrum within pop culture.”

Bronk continues to paint to this day, his recent art just as formidable as the decades of pictures he has stacked away in his tenement apartment. Now in his mid Seventies, Bronk is afflicted with late stage Parkinson’s Disease, isolating him further, separating him from a regular income, forcing him into an even more desperate poverty, and making his task of painting all the more challenging as he suffers uncontrollable shaking. While some may consider it folly to imbue too much of our reading of art with personal biography, it seems that these paintings speak directly to that struggle, an impossible persistence with unmistakable urgency that remains a measure of great art.