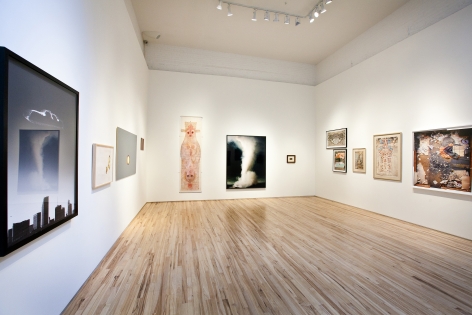 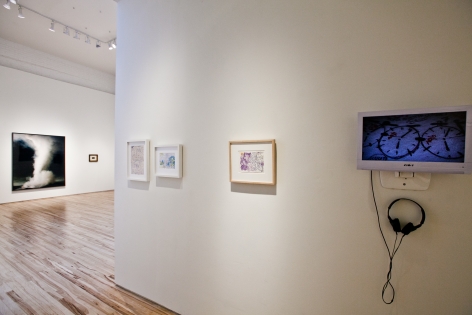 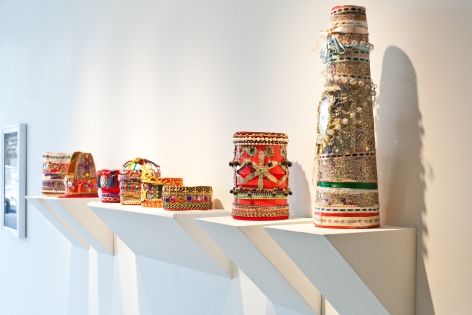 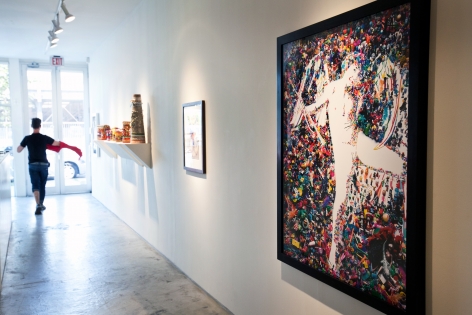 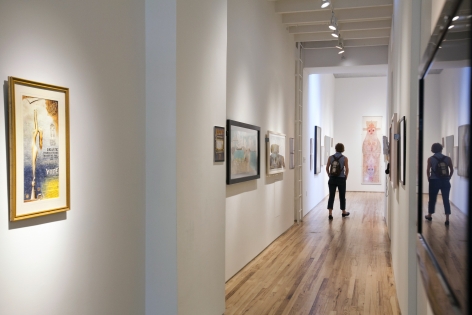 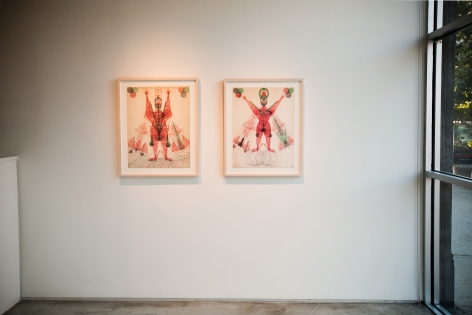 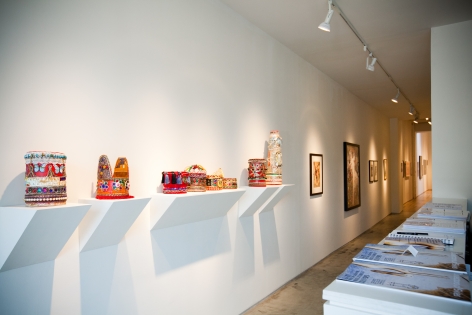 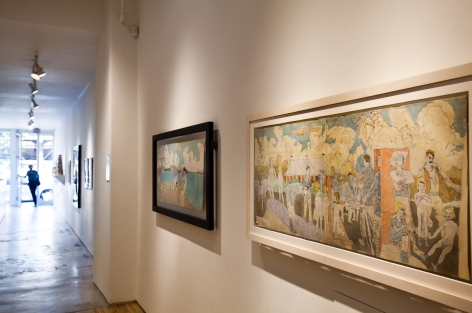 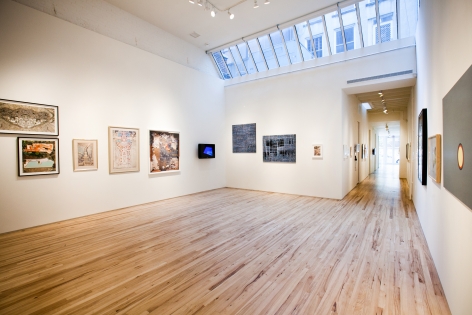 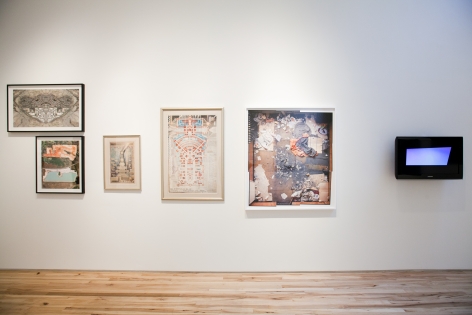 The idea for the exhibition was inspired by the short story “The Collector of Skies,” by the French art critic and folklorist Champfleury (1820–1889), which recounts the observations of a man fixated on the movements of the sky. The show comprises two dozen works by artists who all question the mechanisms of perception, share exceptional powers of observation, play with the deceptiveness of images, and embrace their connection to the elements. To explore their common epistemological dimensions, three distinct and successive stages have been identified: First, the preliminary observational phase where the artists depict what is seen, where the sky serves as a thematic and dramatic element, like in Sonja Braas’ (1968, Germany) large-scale photographs of foreboding, primordial landscapes, where image belies the artist’s method of meticulously staging scenes in the studio.

In the second stage, the artists project themselves up in the air, a lift-off, a levitation, where the eye leaves the body and joins the show, like a bird looking downward, establishing a panoramic and topographical perspective. For example, the paintings of Dorothy Napangardi (c1950, Australia) refer to the dreaming stories of her ancestors, the Warlpiri women. Over dark monochromatic backgrounds, white dotted lines depict aspects of their migration and dances in the Tanami Desert, and symbolize a relationship with the topography , providing overhead views of salt lakes with their checkered designs of intersecting crystalline fissures.

And lastly, the ultimate stage, where works reflect the dissolution of the body in favor of the reign of the mind, forging a genealogy with the gods and celestial powers. Achilles G. Rizzoli (1896–1982, USA) explores the mystic fusion with the sacred skies in his Symbolization Drawing, in which he renders architectural portraits of family members, representing them as cathedrals and palaces reaching up towards heaven.

The Collectors of Skies opening reception will take place at the gallery on September 13th, from 6 to 8 pm. It will be followed by a talk with artist Nicolas Reeves at 9 pm at New York University’s Kimmel Galleries, where Reeves’ sculpture Cloud Harp is on view through October 6th. The discussion will continue following a 9:30 pm screening of Zdenek Kosek by filmmaker Bruno Decharme (abcd & système B, 2009). Reeves’ architectural and meteorological sound sculpture, which converts in real-time the structure of clouds to musical sequences, is located at Kimmel Galleries (60 Washington Square South) on the 2nd floor West Balcony, daily from 9 am to 10 pm.

VALERIE ROUSSEAU, a Ph.D in art history and independent curator, is the former director/founder of the Société des arts indisciplinés, Montreal. Affiliated researcher with the LAHIC (CNRS, Paris), she is the author of several studies (cf. Vestiges de l’indiscipline) on art brut, folk art and self-taught practices in the fields of museum studies and anthropology.

BARBARA SAFAROVA, a Ph.D in Aesthetics, is the President of the French organization abcd, a collection of art brut from which she has curated several exhibitions and written numerous essays on. Producer of a series of documentary films on these creators, she has also been a professor on this topic at the Collège International de Philosophie in Paris since 2010.

Press Release PDF
Back To Top